Scuderia Cameron Glickenhaus (SCG) makes some pretty amazing hypercars, but they also are working on an unusual off-road vehicle called the Baja Boot. Recently, the company revealed a version of the Baja Boot that ditches the internal combustion engine in favor of a hydrogen fuel cell and electric motors.

Specifically, Glickenhaus says it’s a cryogenic supercritical hydrogen fuel cell electric Baja 1000 racing vehicle. The caveat is that the vehicle hasn’t yet been tested because the company doesn’t have the cryogenic hydrogen needed to do so. The press release is very strange, quoting Bob Dylan and poking fun at major automakers betting on battery electric vehicles.

Glickenhaus believes the future will be a mix of battery electric vehicles and fuel cell vehicles. It points to the fact that batteries aren’t particularly good at powering large vehicles such as semi-trucks, pickups, and others. Many would agree that hydrogen promises zero emissions and potentially better range than traditional gasoline or diesel vehicles with the same refueling times. The caveat is that there is an incredibly limited hydrogen refueling infrastructure. 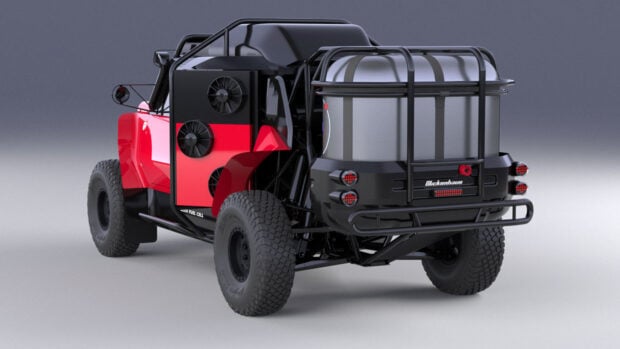 While there aren’t many details about the hydrogen-powered Baja Boot, it’s an interesting racing vehicle that certainly has the potential to complete the grueling Baja 1000 race – assuming it can carry a sufficient supply of hydrogen in its cryo tanks. Glickenhaus also say that it will produce a street-legal version of the hydrogen Baja Boot for the US.