Porsche Macan T is Designed for Agility and Touring

The T will sit in the Macan line between the entry-level Macan and the Macan S. It’s powered by a 2.0-liter turbocharged engine and comes with standard equipment meant for “spirited driving.” The engine produces 261 horsepower and 295 lb-ft. of torque. The Macan T is 129 pounds lighter over the front axle than the S and GTS models, which both have a 2.9-liter twin-turbo V6.

The turbo four-cylinder is paired with a seven-speed dual-clutch transmission and Porsche Traction Management all-wheel drive. The Sport Chrono Package is standard on the T, and it can reach 60 mph in 5.8 seconds with a top speed of 144 mph. Other features include standard Porsche Active Suspension Management, with optional adaptive air suspension. It also gets 20″ Macan S wheels in dark titanium, black sports tailpipes, black brushed aluminum door sill guards, and 8-way front sport seats in Sport-Tex with silver stripe detail. The Macan T will be available to configure and order in the US in the early spring, with pricing to be announced at that time. 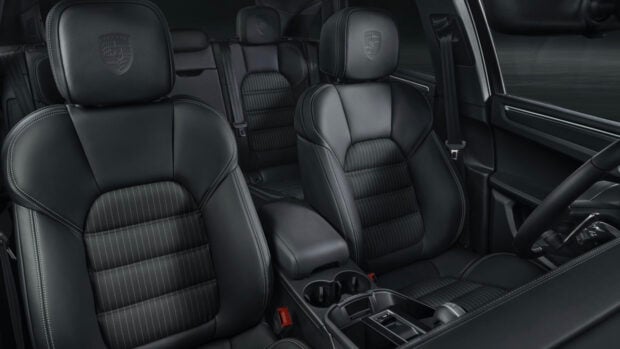 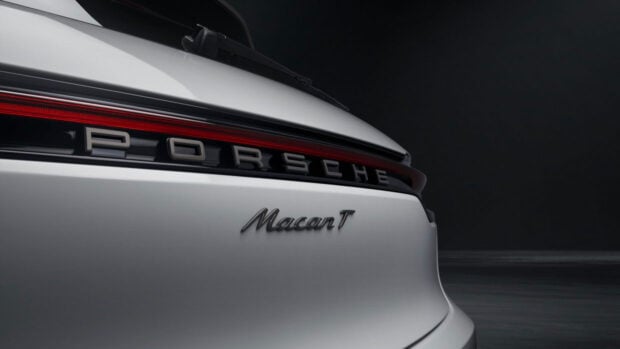